Welcome to the website of HAUNTED TOURS OF LITTLE ROCK. We look forward to showing you Little Rock’s haunted history and dark streets.

The Empress of Little Rock
You’re the innkeeper in one of the south’s most elegant bed and breakfasts. It’s late afternoon and you’re about to leave for the night. As you begin your rounds of checking the rooms, you enter Mrs. Hornibrook’s bedroom to make sure everything is in its place and the remote to the fireplace is in its usual spot and the fireplace is securely turned off. However, you know that when you return the next day, the fireplace will be on although no one has stayed the night in the room. Sometimes you hear the faint laughter of men in the poker room up in the attic and the sound of chairs moving across the floor. Some of your guests return periodically just to sit in the poker room and succumb to the ghosts that haunt this great house.

Mt. Holly Cemetery
In 1843, land was donated by Chester Ashley and Roswell Beebe to serve as a public burial place called a cemetery. This was a time when the term “graveyard” was becoming obsolete. It was more inclined to be a park setting with shrubs, park benches and pathways lined with flowers. In fact, the day it opened a picnic was held and lots were sold. Today not much has changed from those early days. We still have picnics and tours. Victorian gravestones and monuments are abundant and this attributes to it’s being a beautiful place to walk into Arkansas history. Eleven governors, legislators and other notable citizens from every walk of life are laid to rest here and that’s why it’s referred to as the “Westminster Abbey of Arkansas”.

The Arsenal at MacArthur Park
The Arsenal was built in 1840 because the federal government felt Little Rock needed a place to house munitions and weapons. From the beginning, stories of ghosts have been reported by people who have worked there especially after it became a museum. There have been late night encounters with the paranormal, including disembodied laughter and music. Faint voices and unexplained shadows such as the ones that appear in some of the windows. Although historians vow that no deaths occurred in the building, it is considered to be one of the most haunted places in the south. If you believe the theory that trauma traps ghosts then it’s easy to see why the Arsenal is one of the most haunted places in the South.

Curran Hall
Imagine living in a place where you have experienced unusual occurrences and you suspect that a ghost is living in your house. You think that if you painted the walls, ceiling and floors black that you would be able to see this ghost. Such an event took place at Curran Hall in 1893. During this time period, it was customary that when someone died in this house, their coffin would be placed either by the fireplace in the front parlor or between the large doors going into the dining room. The last resident commented that her dogs and cats would never lie down in either of these rooms. The house was built in 1843 by Col. Ebenezer Walters and his wife, Mary Eliza. She died in premature childbirth before the house was completed and the Colonel sold the house and moved to Texas to fight in the Mexican war. Mary is believed to haunt Curran Hall and this is evidenced by an EVP (electronic voice phenomena) that captured her voice. Several paranormal investigations have taken place and from the evidence collected, Curran Hall is definitely a hot spot of paranormal activity.

Hanger House
Frederick and Frances Hanger moved into their home in 1889 and began remodeling it to create what is now one of Little Rock’s best known and most authentically restored Queen Anne style houses. The Hangers intended to live in the house for the remaining part of their life but tragedy struck in 1900 when Mr. Hanger died in an industrial accident. Mrs. Hanger continued to live in the house until her death in 1945. She would become known as one of Little Rock’s most gracious hostesses. Even in death, Mrs. Hanger apparently prefers to remain in the house, particularly in her old dressing room, and has made herself known to both of the current owners. From the moment they stepped into the doorway, Mrs. Hanger has appeared to both of them. At first, she only appeared to the wife and she felt “crazy” trying to explain the appearance to her husband but then Mrs. Hanger appeared to him. “We just accept it and in a way it’s comforting to know that she is still looking after her home and she never misses a party.”

Some locations may have last minute updates due to changing circumstances. Please visit the attraction's website and/or social media before going to double-check that they are open.

There are no reviews for this listing yet!
Share your review for Haunted Tours of Little Rock 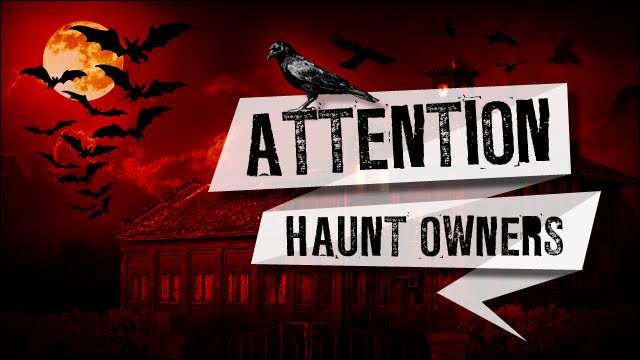